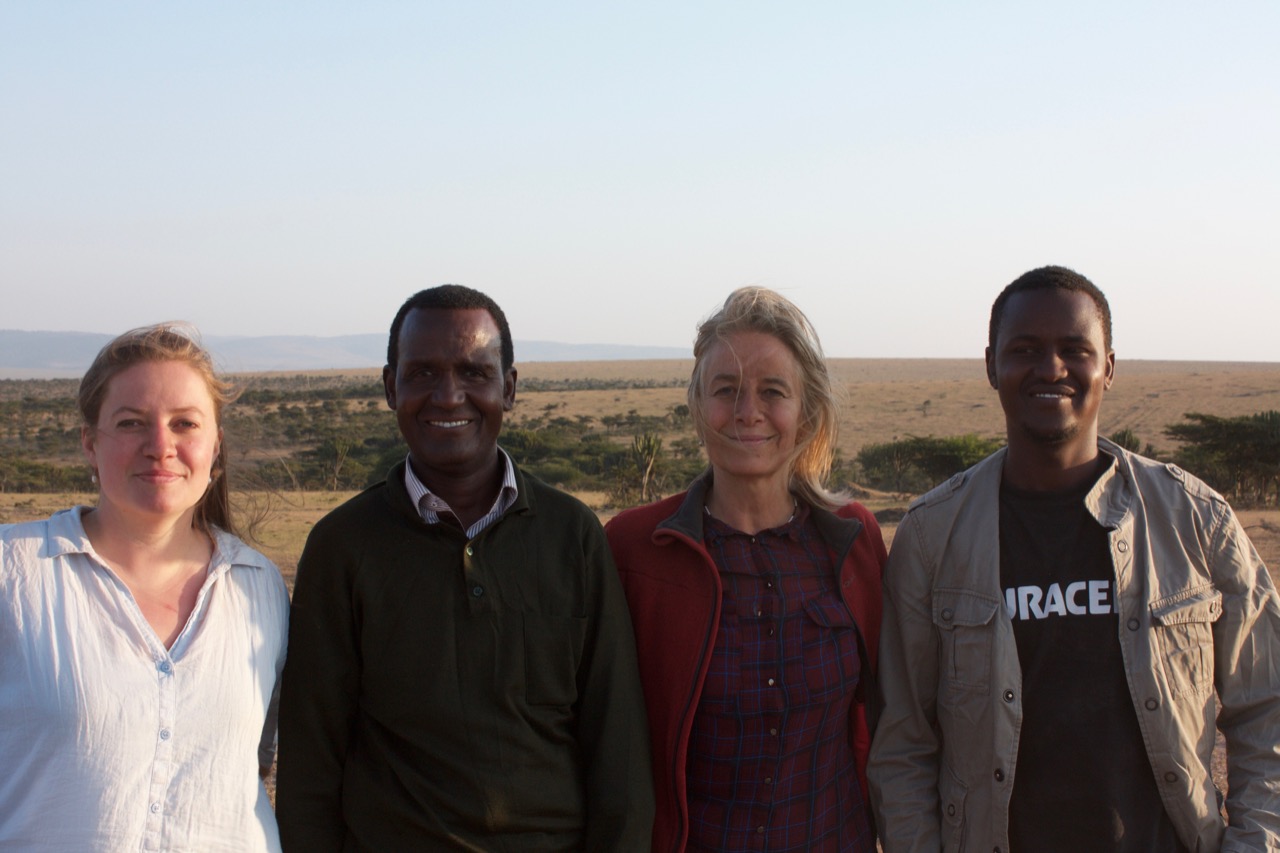 Kenny Matampash is the originator of the Oreteti project. He is the founder and executive director of Neighbours Initiative Alliance or NIA, a non-governmental organization working with Maasai people and other pastoralist communities all over Kenya. Kenny is a Maasai elder who completed all stages of traditional Maasai initiation. In addition he completed many years of western education in several universities in Europe (The Hague), the UnitedStates of America (Washington DC) and Canada (Halifax). He received two honorary awards : an HSC (Head of State Commendation) from the President of Kenya and an Honorary Doctorate from Cape Town University in recognition for his work in social justice and people’s empowerment. Despite extensive exposure to western culture and modernization, Kenny Matampash feels strongly rooted in his Maasai heritage. He believes it is essential to find a balance between the modern and the traditional worlds. Serving as a bridge between these two worlds, he is anchored in Maasai identity and philosophy and serves as a strong supporter and promoter of Maasai traditional social and cultural values. He feels traditional values provide a basis for belonging and dignity. Traditional Maasai values that are orally transmitted are increasingly being eroded. In light of this, Kenny Matampash has understood the importance and urgency of documenting and recording this knowledge. This project also represents one of his lifetime dreams.

Lucie Hubert, is the general coordinator of the project. Author and certified phytotherapist, Lucie was born and raised in Gabon (West Africa) where she lived a nomadic youth accompanying her father, an agronomist and equatorial forest specialist. She has often returned to Africa and has been closely connected to this continent all her life. She received a degree in English and German at the Sorbonne University in Paris. She served as French language broadcaster and journalist for Radio Nederland International for their African station. She has co-organized a number of symposiums for notable representatives of indigenous people and well-known scientists. She has also written several books, essays, novels and a series of children’s books detailing the beautiful legends of the great African queens and heroines.

Kone Matampash, a student in sustainable agriculture at the Eldoret University of Kenya joined as a logistics assistant. He has a good knowledge of plants given his Maasai traditional education through initiation, and learning from his parents and grandparents.

Elza Kortenoever, who received a Master in History in International Relationships at the University of Amsterdam, and worked as a researcher on water projects in Benin joined the projectas a photographer and research assistant.